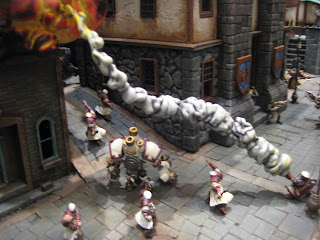 First off, let me start by saying that I'm done with doing these monthly updates on my resolutions for the year. I'm bored with it and don't have the time to waste. I'm sure I'll mention whatever hobby or gaming stuff I work on, so doing what would basically be a monthly recap seems pointless. I've decided I don't want to squander any precious time documenting my progress on the more personal goals, without which I should no longer be compelled to do these dumb First-of-the-Month posts.
Secondly, I had no idea how large of a project my wife started while I was away for the week. The house is truly in chaos. I'm looking forward to the end product, but right now it seems overwhelming coming immediately after all those days on the road and at AdeptiCon. I'm so enthusiastic and charged up right now about gaming and painting that I want to dig right in. Instead I am going to need to use that as motivation to get the house once again in order. Until that time, however, I do not foresee being able to get much of anything done concerning my favorite little toy soldiers. Even my AdeptiCon review stuff will probably have to wait a while longer, and for that I am sorry. What I will do though is keep posting a few random photos when I get a chance to sort of whet the appetite for eye candy. I know some of these are blurry but I think they're still cool enough to be worth checking out.
And finally, once the house is no longer in such a crazed condition, I probably am going to be throwing out all my old project plans. Even though I don't like constantly starting over, one lesson I've taken from AdeptiCon is that I should only work on those things about which I am passionate. This is a hobby, after all, not a job. I was really inspired by my gaming experiences over the past week or so and I feel like a lot of the mental blocks that were obstructing me have been lifted. All the projects I had going on before I left for AdeptiCon still appeal to me and I hope to get them done as well, it's just that I might be wandering somewhat from my previous notions of how and when they would be accomplished. I certainly have my 40k mojo back, so expect to see some progress once again on that front. Even though it's quite early in the process, to get a sense of the direction I'm going in you can check out a new blog (yes, another one) I started just for this project, which I'm calling the Stonecutters Guild. It will be the dedicated online home for my own Simpsons-themed DIY chapter of Space Marines, the Stonecutters. 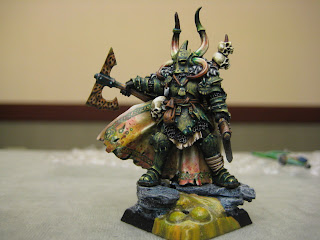 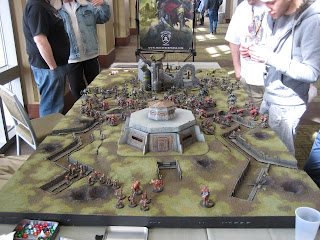 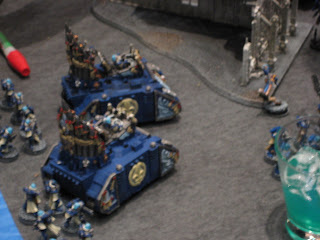