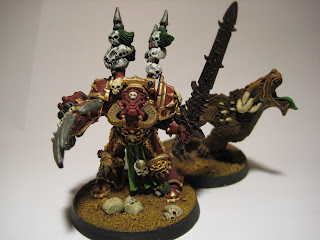 Inspired by Da Masta Cheef's recent post at Da Long Wayz Dezert Groop, I decided to dig out my old Chaos Space Marines and see what was there. I'm interested in seeing if I can revise them for the current edition of the codex and if possible have some fun with them again. I left this army on unpleasant terms so it would be cool to generate some positivity around them for old time's sake. 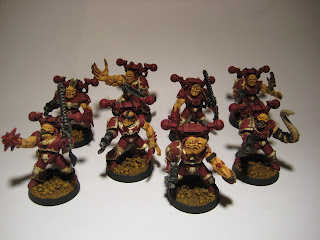 I collected this army from around 2000 until the summer of 2004 and it was my standard force for games of 40k until the release of the current edition of the Chaos Marine codex. I never really got around to finishing them, having last painted something for this army at approximately 3:00am the night before the '04 Atlanta Grand Tournament. I had a lot of fun with this bunch but couldn't get motivated enough to wrap things up. Plus I could never settle on what to paint for their chapter badge so I just learned to live with them being mistaken for World Eaters or Word Bearers. Without ever really meaning to my color scheme sort of became a mix of both so I certainly understood the confusion, especially as I didn't do anything to distinguish them visually. So for years now they've been hanging out, just some group of Red Chaos Marines who for whatever reason liked to wage war in particular against Necrons, Ultramarines, and 'Nids. 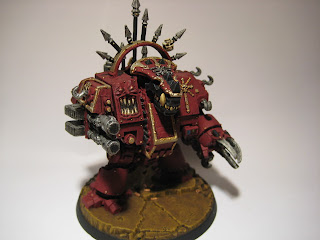 There were also some painting problems, too. After finishing probably 15 or so figures with GW paints I switched to Vallejo without doing a very good job of matching the primary shade of red. I didn't care enough to go back and repaint the original guys so that the army doesn't have a completely consistent appearance. The other big frustration was when I turned a finished squad almost entirely white due to me trying to defy the Washington, DC humidity with spray matte sealer. I did go back and try to touch them up but I was never able to get them looking right again. Lastly there is a squad of 10 Chaos Marines with bolt pistols and close combat weapons that only need to have some little mistakes cleaned up here and there and they would be done. This has not been done in the last six years due to a lack of interest and laziness. And that is basically where I left this army and haven't painted anything for it since then. 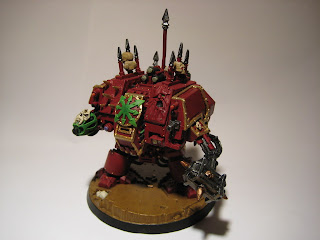 At this point I'm not entirely sure what I want to do with these guys. Is there enough here to make it worth the time required to truly update them for the new codex? Would I rather just spend the time working on something new?
I don't know how much more I'm willing to work on this army, though I think at a minimum I would like to finally give them chapter badges. That means I need to pick out which Chapter they're from, and that's where I would always get stuck in the past. If I'm willing to invest the time into this project I could paint some random panels on their armor black and make them into Red Corsairs. I like their background and I definitely dig the Huron Blackheart model. The quickest alternative would be to just make up an easy symbol to paint and come up with a name based on it, but that doesn't particularly appeal to me. I could also redo the banding on the power armor to silver and make them true Word Bearers. I like summoned daemons but the fact that the whole range of daemons all play the same still bugs me. So those are the three main directions I'm considering taking this collection.
You can see in the pictures the various units I had collected for this army. Right now I don't anticipate wanting to build and paint anything new for them, however. I don't have big aspirations for the gaming side of things with this rabble as I know I'm not willing to adapt it entirely for playing in 5th edition as that seems like it would be more work than I'm looking to do. I just think it would be nice to have these dudes available to goof around a bit and maybe even kill some good guys.
So I think this could be an enjoyable side project for me and one that I should hopefully be able to finish quickly. That might be asking too much, but we'll see. 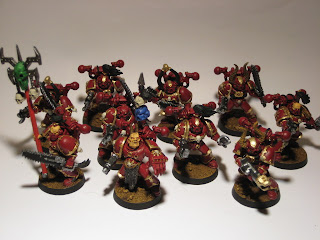 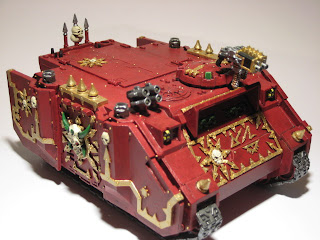 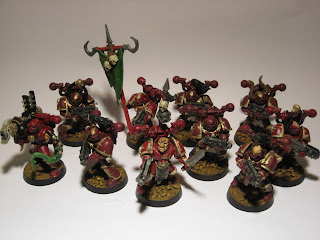 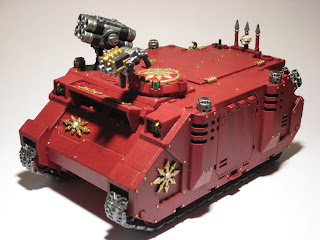 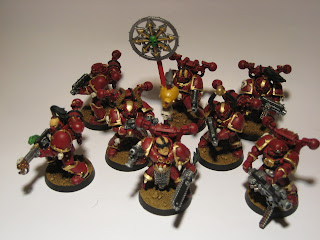 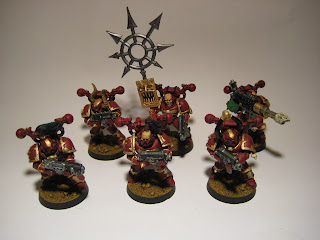 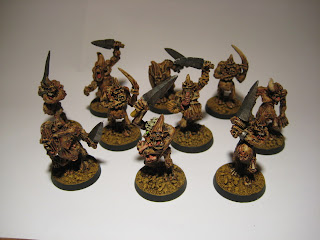 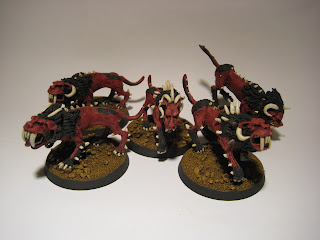 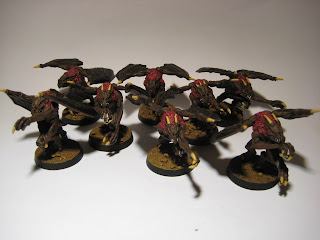 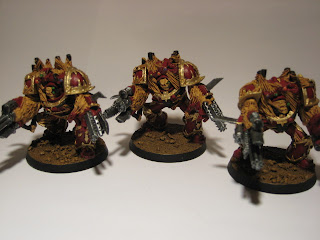