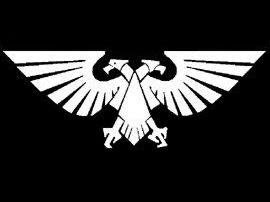 Over the past week I've been having a lot of trouble with my satellite internet connection which kept me from posting. It would seem however that things are working again thanks to my wife and some sharp scissors, and so back I am! I apologize for the absence as I really don't recall much of what I had planned to write. No doubt it would have been great stuff though, I'm sure.

I have had yet another change of heart and have decided to wait a bit on the Orks and instead shift my attention to the Imperial Guard. Previously I identified one of the main causes of my lack of painting as being the amount of time I spend on prep-work so that I end up burning out on a project before ever getting to the fun part. It occured to me that focusing on Orks would mean starting entirely over again and thus further delay any actual painting. Meanwhile I have the core of a Cadian army fully cleaned and assembled that has been gathering dust for at least the last five years that I'm sure would be quite happy to finally get some color put on them. Since realizing this I have begun looking through the new IG Codex as well as even cracking open my unread 5th edition WH40k Rulebook. So now I am looking forward to putting together a Baneblade or Shadow Sword so that, whenever I do get around to my Orks, there will be something big for the Stompa to fight.

There is a new problem however as I really don't know how I want to paint my IG Company. This is in fact really an old problem as this is why I never got around to painting any of my Guardsmen. I did paint a couple of test figures but could not find a scheme that excited or motivated me. Thus without a compelling color scheme I simply stopped assembling soldiers and went on to something else. Well it's time for me to finally make up my mind and get painting because even the wrong scheme will be better than plain grey plastic and shinny metal. Even as I write that I know I don't believe it... I really do need a plan about which I can be enthusiastic.
Posted by Papa JJ at 9:15 PM