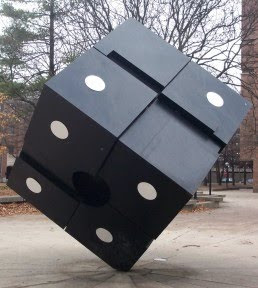 AdeptiCon is now only thirty days away... exactly one month from tonight I will be in Chicago and hopefully checked into my hotel room. With the convention so close, and with me currently focused on painting my Circle Orboros Warpack, I've decided against trying to get the Dark Angels ready in time so as to come with me. As much fun as it would be to throw down against some old friends with a new army, at this point I am not interested in pushing myself so as to make that happen. I'm considering other options as I do have several usable armies which I could take with me. I've even entertained the idea of not taking any painted minis with me for fear of having to put them on the airplane. I don't care to imagine how they might be mistreated and manhandled while being loaded into the cargo portion of the plane, and I'm pretty sure their transport case is too big to be taken as carry-on luggage. What is a nerd to do?
If I do take an army with me, it will almost assuredly be one of my two old Chaos Space Marines armies. Or perhaps I could mix the two together and add some Plague Marines to my generic Chaos Marines force. It's therefore time to break out my Codex and start number crunching some lists. Also I need to track down my Nurgle army in case I do want to choose some units from it. I've been offered a spot in the 40k Team Tournament but would much rather stick with my painting-academy plan, so therefore I don't need to worry about whether my army would be competitive or not. I am still going to follow the tournie restrictions since any games I play would be against people who themselves had to use the army-list rules of the tournament. As it stands now, I've got some ideas for what I would like to include and have almost everything I will need already painted. My HQ selection will need work and I might have some Chaos Marine Bikers to paint up, but otherwise this should be far less to do than if I stuck with the Dark Angels as originally planned... so much for that resolution.
So expect to see more 40k lists popping up here over the next week or so as I sort this out. Meanwhile I'm going to just be happily painting my monsters for HORDES and hopefully stop stressing over which toy soldiers I want to bring with me on my trip to Chicago. No matter what it's going to be a fun time, and besides, with my schedule of hobby classes I doubt I'll even have that much extra time for gaming. At this point I'm really looking forward to this and it will be great to hang out with some old friends, anything else is bonus!
Posted by Papa JJ at 11:01 PM