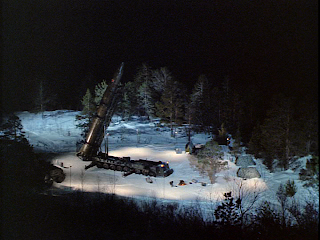 Of course... source programmable guidance!
There were some unusual developments yesterday. First off, my copy of White Dwarf issue #371 (US edition) arrived in the mail even before showing up at my LGS. This is strange in that mine typically is delivered two weeks after becoming available for sale in the shop. The second odd thing is that it arrived in good condition instead of being crumpled, bent, battered or torn as is normally the case with my subscription. Apparently my postman is not keen on tabletop gaming. The third and perhaps most disturbing development however is that upon opening the magazine, I almost instantly found genuine content directly applicable to my games of 40k.
Whaaaaaaat? Surely something is amiss here.
In this issue there is an article about the Spearhead variant of 40k which concludes with new rules for a pair of Spearhead Formations, written by none other than my man Jervis Johnson. Aside from further fueling my recent fixation with the other JJ, this actually raises a question for me relevant to playing the game itself. I know... this keeps getting more and more bizarre, doesn't it?
My question pertains to the so-called Destroyer Formation, comprised of 1-3 Heavy Support units specified as being of any type. At the cost of an additional 75 points the vehicles in this Formation receive the special rule, Preparatory Barrage, which says that you get to fire all their weapons once after deployment and any pre-battle moves have been completed. So does this mean that if I'm playing a game of Spearhead using my Blisstonian 9th, I would be allowed to launch all three of my Deathstrike Missiles before even the game's first turn?
Really? While that might sound great to Guard players with a penchant for doomsday weaponry, amongst whom I count myself, it nonetheless strikes me as being somewhat overly powerful. I understand that Spearhead should not be regarded as a finely balanced set of rules, but come on... really?

To answer this question my first course of action was to ring up Nottingham so as to ask the old man himself for an explanation. Unfortunately though it seems Jervis is no longer accepting my calls. I therefore am turning to you 28mm generals, my wonderfully erudite and sagacious WH40k readers, for your opinion on the matter. Am I reading this correctly, that this really would let me fire off all three missiles in a singularly impressive salvo of ultimate doom?
Like I said that just seems a little over the top to me, but what do you think? Part of the appeal for me in using a trio of Deathstrikes was not their in-game effectiveness (or lack thereof) but rather the dramatic tension created as they countdown to launch. I therefore might actually miss that aspect of the models' unique rules were I to make full use of the Preparatory Barrage. I suspect the presence of this type of Formation would also encourage my opponent to either simply Reserve everything if possible, or else at a minimum to adopt a more open deployment than otherwise might be considered. It's fun to think about though.
Regardless, one thing this has taught me is that even when it comes to reading White Dwarf, no matter how jaded you may have become, it is still important to pay attention and keep your eyes peeled... 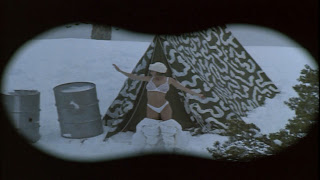 ... you might actually see something interesting!
Okay, that's it for now. I hope all of you have a great day, I'm off to find my copy of Spies Like Us. :) Oh yeah, and if you get a chance please let me know what you think about this business regarding the Destroyer Formation. Take care, friends!
EDIT: While preparing this post, my daughter got a hold of the issue of White Dwarf in question and tore the cover off. Ha! So much for it being in good condition....
Posted by Papa JJ at 11:44 AM