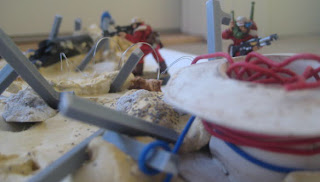 One of the bloggers I've been lucky enough to get to know this past year is Nesbet, author of Nesbet Miniatures who as it so happens is something of a renaissance man of our hobby. His breadth of knowledge is remarkable so that I'm now convinced there is nothing he can't do. You may even have recently seen Nesbet's technical and artistic savvy on display as part of Dark Future Games' search for a new banner design. My only complaint is that he doesn't post on his blog more often. I understand however he is a busy guy and has to spend much time playing bloody sudoku! with his miniatures' bases. :) 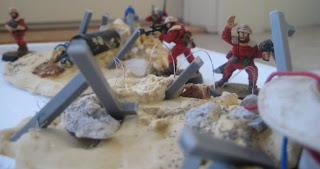 Tonight I want to show off some terrain pieces Nesbet made for me some months ago as part of a trade we hashed out over the summer. In return for the stack of movement tray bits I had leftover from working on Sector 7G, Nesbet agreed to make a batch of rubble and debris for me to incorporate into my urban ruins. He's actually not even a 40k player which makes these even more impressive to me, especially considering I gave him only the vaguest of instructions from which to work. 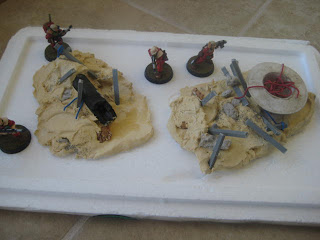 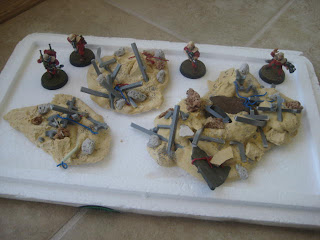 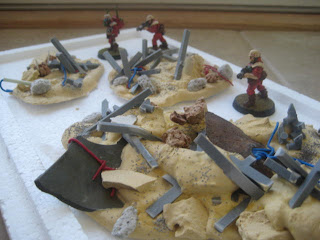 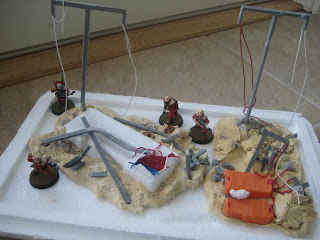 I'm not sure how he made this set of terrain (plaster?) but I really like it a lot and I think he did a great job making detailed, interesting scenery for my games. I haven't yet decided if I want to leave them loose for use as scatter pieces or if I would rather make them part of larger ruined structures. Either way I expect they'll look great once painted. Like many other projects, however, that will have to wait a while longer with all that I have going on now. I likely won't get back to work on Sector 7G until after AdeptiCon, but at that time this custom terrain specially imported all the way from Chile will no doubt become one of my top priorities.
Until then I have ordered some of the few remaining survivors of the cursed Haverbrook 212th Grenadiers to reconnoiter these rubble fields, as well as provide us with a better sense of scale. Initial reports indicate that they will make my gameboard look awesome... 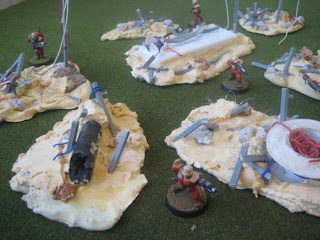 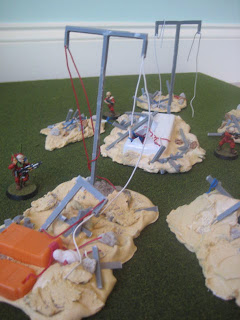 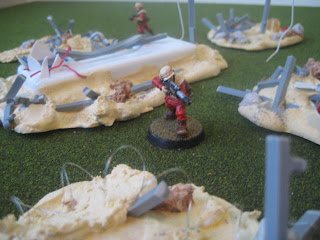 ... moving in for confirmation. 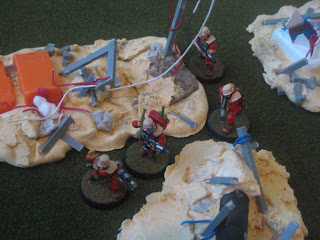 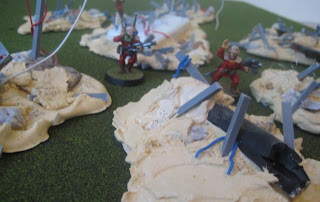 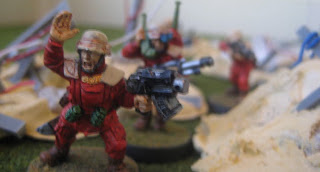 Confirmed, the terrain is awesome!
Thanks again to Nesbet for the killer terrain. If anyone is so inclined to let him know what you think of his hobby talents, you can find him at Nesbet Miniatures. Cheers!
Posted by Papa JJ at 11:44 PM