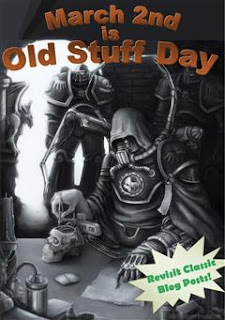 As decreed by Rob over at Warhammer 39,999, today is Old Stuff Day for all of us hobby bloggers. It's a chance to dust off some old favorites and to take another look at posts that may have been forgotten, overlooked, or otherwise somehow missed by the internet since originally being posted. Not many folks have the time or interest to dig around through archived material to find the juicy bits, and certainly some blogs [ahem, diceRolla, cough cough] do not make it terribly accessible either. So hooray for Old Stuff Day!
For today's fun I've picked out links to a sampling of vintage diceRolla posts, including a bunch of still unfinished projects, all of which I plan on returning to later this year. Therefore as well as being a sort of review of diceRolla's past, this is also a preview of some projects which I hope to work on in the coming months. Even though I might not have mentioned them in quite a while, they have not been forgotten. For your consideration the posts I have chosen are: a 40k army project, a Killzone project, the collaborative results of a contest, a "semi-regular" blog feature, and a 15mm historical minis project from long ago relative to the lifespan of this blog. 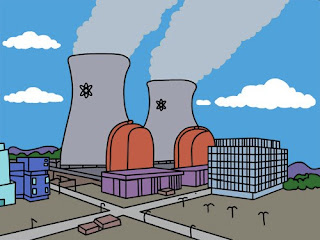 The Drones of Sector 7G (Illustrated) - I love the Simpsons, and I love 40k. Newer readers might not be aware of the ways I've been trying to make the two subjects intersect. This post describes the selection process I went through in choosing which units to include in one of my current army projects, the Blisstonian 9th, an Imperial Guard army based on the workforce of Springfield Nuclear Power Plant. Competitiveness, efficiency, and all other normal gaming considerations were discarded in pursuit of my chosen theme, an admittedly silly one at that. Work on this project has been on hold for several months with just a little bit of occasional painting but it's still one that I am very eager to get back to, hopefully sometime this coming spring or summer. 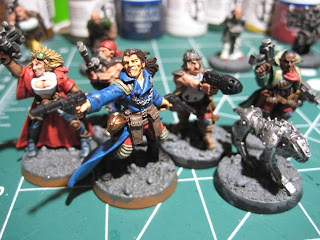 Killzone WIP: Rogue Trader Crew - What can I say, Killzone is awesome! Unfortunately I've only been able to play a handful of games so far since Big Jim and the Killzone development team made available this amazing set of fan-created skirmish rules for 40k. As part of the 10/10/10 Killzone Blitz I decided to put together a Special Ops team based on a Rogue Trader accompanied by his closest associates, bodyguards, and allies. I didn't finish painting these guys in time for the Blitz but was able to get a decent amount of color onto each one, certainly enough to get a sense of what they'll look like once fully painted. I'd like to have them completed later this month in anticipation of the big Killzone extravaganza at this year's Adepticon. 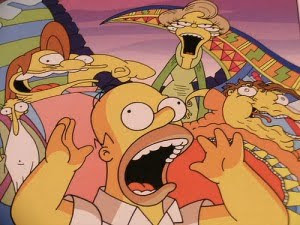 Contest Links Bonanza - This was the culmination of the most recent diceRolla contest, a big list of links supplied by lots and lots of hobby bloggers. To participate in the Good Karma Pre-Heresy Celebration and qualify for the prize drawing, I had asked everyone to provide a link to something of which they were particularly proud, or to link to someone else's work that had inspired them in some way. I really enjoyed following the links to learn more about my fellow hobby enthusiasts and to see the sort of things that really motivate and inspire them. This contest was a lot of fun for me and I look forward to hosting another one in the coming months, though details of which are yet to be determined. 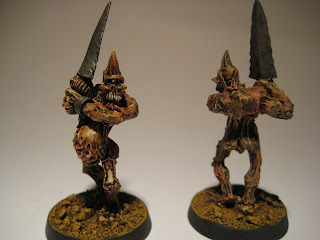 Flashbacks and Nightmares: Plaguebearers - Ahh... the sweet, sweet taste of internet fame. :) This post garnered the much sought after approval of my peers in that it made From the Warp's Tuesday's Top Ten list. WOOHOO!! Many thanks to Ryan for being so kind as to honor some of my own handiwork with inclusion in one of his weekly lists, this was indeed an early highpoint in my blogging adventures. It also happened to have been the second and final installment in what I had planned on being a semi-regular feature here at diceRolla. I have a fair number of old minis I'd like to photograph for use in future Flashbacks and Nightmares, I just haven't gotten around to it yet... almost a year later. Pitiful, just pitiful. We'll see, I'd like to revive this series if it can even be called that. 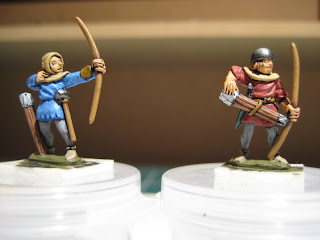 Woo-Hoo!! Painted Archers! - I generally advise against going too far back into the history of my blog but this is a special day after all, so for this last one let's go waaay back. This post is from the second week of diceRolla and showed off the first minis painted since having started the blog. At that point I was primarily focused on de Bellis Antiquitatis and so I spent most of my hobby time working on various 15mm armies. These archers from Corvus Belli are for an unfinished Hundred Years War: English army that I haven't touched in over a year. Since moving on from the idea of collecting Bretonnians, I've realized that whatever interest I had in painting medieval knights and archers could be directed at this old HYW project instead. I don't know when I'll work on them again but it's nice having them around should I feel so inclined. And once I've finished with the English there's still the French to be painted, too.
That's it for my participation in Old Stuff Day. I hope it's been an enjoyable look back at some of diceRolla's past glories. Thank you very much to all my readers, both old and new alike. It's been an exceptional joy posting up my hobby ramblings here for you to read. I appreciate everyone who has taken the time to check out what I've been up to and I am grateful for all the excellent feedback and comments I receive. I understand the blog has been quiet lately but with Adepticon less than a month away it's going to be a busy couple of weeks. Thanks for sticking with me so far... there's lots more hobby fun still to come!
Posted by Papa JJ at 9:38 PM