Sergeant Homer in the Sewers of Malifaux 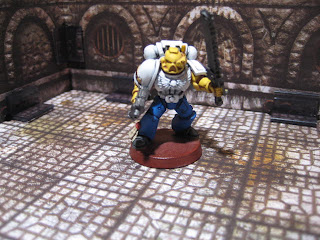 Today I was able to put in some more time working with my Sewers of Malifaux set from Wyrd Miniatures. So far I have mixed feelings about the TerraClips system and my enthusiasm for it has waned slightly from yesterday. I think it definitely looks a lot better than I had previously worried it might, but there are some more pragmatic issues that I'm initially not too crazy about. I'm sure with more practice I will develop a better understanding of what I can do with this terrain but starting out it has been a bit frustrating. Also it's been slower going that I had expected but again I think with practice the assembly process will not take as long. 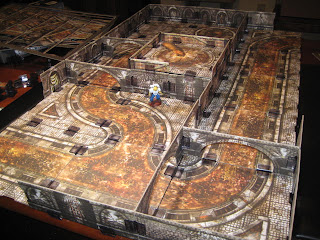 By now I've only used about two thirds of the pieces you get in one box of Sewers but already I'm running out TerraClips, especially the I-shaped and L-shaped ones. If you're interested in these kits I recommend you consider getting an extra pack or so of TerraClips. At the rate I've been going through them I think a good ratio would probably be 3 boxes of clips for every 2 boxes of tiles. I'm also noticing a shortage of solid wall sections and an excess of those wall sections with doors and gates for what I had envisioned building. I suppose this is just a matter of personal preference and one of the inherent limitations for this type of approach to terrain making.

While putting together my sewers I took some pictures to help show what these pieces are like close up. Once again to act as my visual reference for scale I have requested the help of Sergeant Homer of the Stonecutters chapter. He's no stranger to such filth and so did not begrudge the assignment. 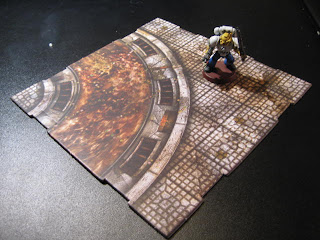 Pictured above is one of the basic 6" x 6" tiles, of which you get 16 in the Sewers box. The artwork on them is double-sided to give more options and variety when deciding how to assemble your sewers. 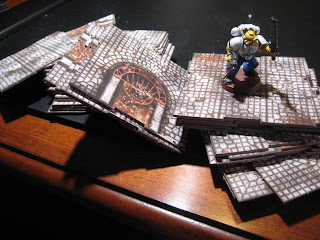 You also get 32 of these 3" x 3" double-sided tiles, none of which I've yet used as I'm already running out of TerraClips. Some have narrow sewer canals while others appear as solid flooring. They seem to provide a lot of utility when designing your layout, although they will quickly burn through even more of your clip supply. 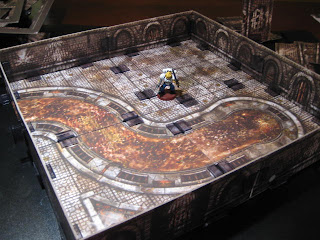 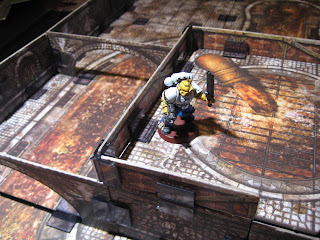 You can assemble your terrain to have multiple levels of elevation. Included are a couple of sheets of handrails, balconies, staircases, and ladders. I've not yet tried this out very much, in this case due to using up all of my wall pieces building the main level of sewers.

One aspect I am very pleased with is the appearance of the sewer effluent as this was something that had not impressed me in the pictures I'd seen previously. The sewer canals have a sense of flow in addition to looking suitably nasty. They remind me of the river of negativity flowing beneath Manhattan in Ghostbusters 2. Ahhh... now that is some lovely effluent. 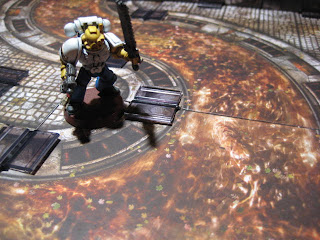 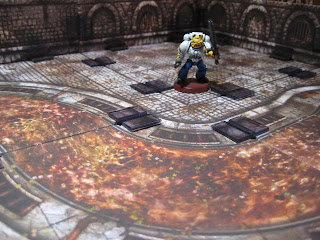 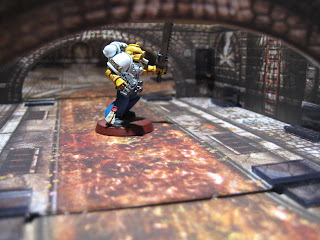 Half of the wall sections included in the Sewers box are solid while the rest of them have cutout areas to represent doors and gates. I felt like I ran out of solid wall sections very quickly. The doors come as separate pieces and can stand up with the help of a little matching pieces of card. Of course the doors can just be left off entirely to make things simpler. Another option is to attach a TerraClip to the bottom of each door and anchor them to the floor tiles if you'd rather not have your doors be openable at all. 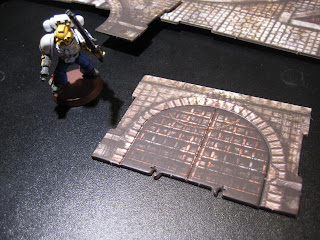 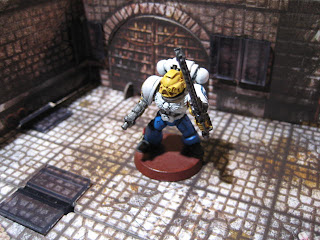 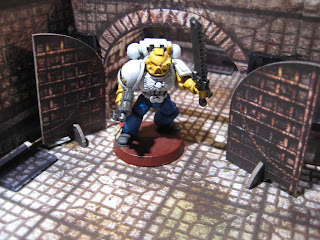 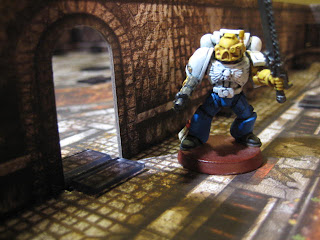 As I mentioned my experience with these so far has been rather frustrating and not as much fun as I had hoped. Since so many clips are involved it can be a little tricky wedging pieces together and you really need to plan at least several steps in advance. It can be annoying if you make a mistake or change your mind along the way as you inevitably have to pull apart many more pieces than just the ones you want to switch around. I therefore think it would be very helpful to layout most if not all of the pieces you intend on using so that you can plan the most sensible order of construction. Also that way you know you won't run out of something deep into the assembly process. 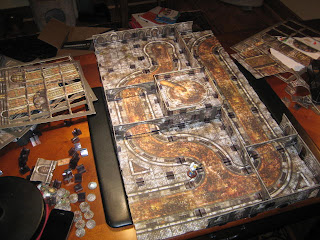 Despite my concerns and gripes I'm still optimistic about making good use of my TerraClips terrain. The problems I've run into so far will I think become less bothersome over time as I become more familiar with these kits and learn how to get the most out of them. I also think there's tremendous potential for using these terrain sets outside of the Malifaux universe. In fact one of things I'm now most eager to try out is playing a game of Space Hulk adapted for use with my Sewers of Malifaux. Hmm... Sewer Hulk, anyone?

Alright, that's all the time I have for tonight. I hope everyone has a great weekend ahead with plenty of painting and gaming fun. Goodbye for now!
Posted by Papa JJ at 11:40 PM